As far as we can remember, global warming has been the utmost concern of environmentalists concerning human activity’s carbon footprint. From primary education to graduate school, global warming is an ever-present issue. It is a world concern that is still tackled over and over. Even primetime news continues to share updates about the environment yet, why does it keep on getting worse?

With this issue being addressed since the 20th century, we are the generation who probably know better. Still, we choose to disregard it despite having firsthand experience of its effects. We are still crossing the same problems, even after all the suggestions, studies, and claims that have been advocated over the years.

In this article, let’s focus and look at solar energy and how it mitigates the Earth’s current condition.

Why they are advocating to go solar:

If you’ve been trying to recall what your primary science teacher said about where our electricity comes from, here’s the answer: fossil fuels. As we grow older and shift industries that we’re passionate about, we tend to forget what fossil fuels are. Don’t worry, because it’s a common thing and you’re definitely not alone.

Fossil fuels are formed from anaerobic bacteria’s decomposition, the type of bacteria that live when there is no oxygen present. In other words, fossil fuels are the result of buried dead organisms’ bacteria. Coal, petroleum, and natural gas are some of the most common and typical fossil fuels that are used for electricity.

With the serious environmental concerns that they bring, it’s about time to invest in alternative and better energy sources like solar.

1. Shifting to solar is a one small yet powerful step

Australia is one of the countries that has been excessively relying on coal for electricity. Despite this fact, they’ve taken significant approaches to lessen their coal dependency with the use of solar panels, which work by absorbing the sun’s energy to power a home or building’s electricity. Though only 0.1 percent in Australia uses solar panels, this small step is still a direction forward.

Over the years, companies were able to develop and improve their products to maximize their solar panel’s energy consumption. With the use of Enphase Solar, homes can store more solar energy than they need for a certain time. Since solar panels only work when the sun is out, Enphase Solar inverter makes it possible for owners to manage their solar energy consumption. This inverter can be easily connected to one’s home internet, making it easier for homeowners to navigate and understand. Enphase solar panels convert the direct current that is received by the panels to alternating ones so that all types of appliances can be powered by solar energy.

With the use of an Enphase Solar inverter, it is possible to shed energy to the panels despite it being dawn or during the low-light hours, resulting in a more efficient maximization of the panels.

2. It’s not only renewable, but it also has heaps of pros

The reason why solar energy is talked about for years comes with a handful of benefits. We’ve been experiencing a huge shift in the climate’s longevity and ambiance since the usage of coal for electricity causes the emission of greenhouse gases to be trapped in the atmosphere. This does not only affect the weather but also threatens the status and well-being of other living things. Arctic beings like polar bears, penguins, seagulls, and foxes are continuously being robbed from their habitat. Sadly, this is the first step that is causing their near future extinction.

If we look at the financial and long-term return of investment of solar panels, electricity bills will be reduced, if not eliminated. Also, research in Australia has proven that homes with installed solar panels are likely to be sold with a higher resale value. Since initially investing in solar panels can be quite costly, homes that are sold with solar panels are eyed as more valuable. Thus, the value of reselling your house would cover the amount that you have invested threefold.

In fact, in Australia, they have a Solar Power Rebate Program where the price for your solar panels can be reduced. When you purchase a solar panel, you receive a Small Scale Technology Certificate or STC. Energy companies purchase this certificate in line with their commitments to advocating renewable energy. How this works requires a thorough explanation. But to get to the point, this is one way for the Australian government to promote clean energy usage.

3. Commercial solar serves as a call to action and is capable to influence change

Some countries started using solar energy and huge corporations and businesses shifted to commercial solar panels within the last decade. One of the top expense eaters in a business is electricity consumption. For a certain business to operate, they need energy. The common ground of owners and tycoons is energy consumption, regardless of their property’s industry, market, and size.

Over the years, huge corporations and businesses have been taking concrete steps to reduce their waste footprint as well as promote earth-friendly dealings. Some of the big names who took this step years ago are US Brands, Target, Walmart, Apple, Macy’s, and Ikea. Corporations taking this leap define how their goals align with sustainability. This also broadens their public relations, causing influence to medium and small-sized businesses.

The thing that makes commercial solar panels interesting is that their lifespan is approximately 25 to 30 years. Meaning, businesses investing in solar panels would only be paying for a fraction of what they are to pay when using electricity for an indefinite time.

Moving forward in an innovative way sparks curiosity and it is a way to possibly encourage others to take the same step.

Though we still have a long way to go where we can confidently say “we’ve come a long way,” it pays how we’re taking these small steps forward. After all, we are the ones who are benefiting from it the most. Regardless of what actions we take for the planet, it will all come back to us, good or bad.

What do you think about the above-mentioned points? Do you know someone who’s already part of this change, or are you someone who’s a recruit? Let us know your thoughts! 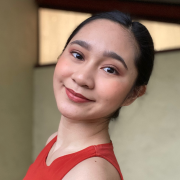 Bianca Banda is an ardent writer, aiming to share helpful information and ideas effectively and engagingly. She is a massive lover of Japanese cuisine and enjoys binge-watching comedies or variety shows.

What is The Process to Get Nursery Admission in Noida for Kids ?

Know The Benefits Of Sending Your Child To A Christian School