If you are a web developer or a team leader of a thriving software development company, then you constantly need to hone your skills. And for this, you need to keep yourself updated with the latest IT trends and news that covers your core technology. So if your main technology is Javascript then React libraries are the best option for you.

React is one of the most popular, open-source web technologies used for developing single web page applications. The best thing about React is its extensive collection of component libraries. While creating top-notch React apps, these component libraries save a lot of time and effort.

However, choosing a suitable React component library can be tricky, but don’t worry, we have compiled 10 popular React libraries in this blog that are in immense demand among the developers because of their usability and convenience.

Top 10 React Libraries you should look for

Tailwind UI is a low-level CSS framework that is built for ReactJS. It’s also a highly customizable UI library. It also offers in-built classes in place of inbuilt components which relieves users from overriding styles. Furthermore, it also enables developers to get rid of coding from scratch while using Tailwind UI.

This flexible UI library offers you the ability to reuse styles in your code. Its configuration in JavaScript offers the use and feel of a potential programming language.

Semantic UI React is a jQuery-free React UI component library which is incorporated with names like Netflix and Sublime Fund.

Since it’s a declarative API, it adheres to a React Ecosystem. However, with shorthand props it reduces the burden of hasty coding exercise.

React Bootstrap is built with keeping compatibility in mind. It offers you more control to integrate or reuse UI components as compared to other UI libraries. It also offers a fluid interface-handing experience.

Brings Bootstrap stylesheet along with the ease of using compatible Bootstrap themes. This enables developers to code quickly and efficiently with the help of faster and reusable coding methods.

Fabric React is also known as Office UI Fabric. It’s popular for the native implementation of Fluent UI components with that of React-based applications. This library is backed up by majorly used frontend languages modules such as Webpack, ES6+, and CSS (SASS). The Fabric core is nothing but a collection of SASS components that are mixed with CSS classes. In return for this, it offers access to a large range of animations, colors, etc.

Styled components are considered as one of the modern ways to by which React enables component-level styling of applications by combining JavaScript along with CSS through the CSS-in-JS technique. In simple words, it’s a successor of CSS modules.

It also focuses on uplifting visual styling of components. This has made building frontend UIs with React easy and more flexible when it comes to customization.

DnD means Drag-and-Drop interface with React. It provides gesture-based user interaction where a user can select the visual objects just by dragging them from any location across the screen. This library is built with drop API and HTML5 drag.

Moreover, it also uses Redux internally. With this library, developers can create complex drag and drop interfaces without affecting the continuity and data transfer in the application state. In the majority of cases, this API is the commonly preferred library when it comes to building create drop events.

React Virtualised serves efficient rendering of large lists and tabular data. Virtualized is good for you if you have a list with hundreds and thousands of elements or you want to render several columns in a single table.

React Virtualized is a versatile library that is only programmed for tabular requirements. Its components include an arrowkeystepper, an auto-sizer, a cell measurer, a column sizer, a multi-grid, etc.

Chakra UI is completely modular and easy to use that give developers the required foundations for the UI. With the aid of style props, what makes Chakra UI the ideal React library is its convenience of component styling, enabling much better control over the customization. Above all Chakr UI got more than 13k stars on GitHub.

Chakra UI adheres to WAI-ARIA, a W3C technical standard that is necessary to make web pages for the individuals with disabilities. It also comes with support for different colour modes that developers can select. The production of custom components is done effectively by the Chakra Factory.

React Final Form is a subscription-based modular library for the state of form management in React. When you need just a few fields for your sign-up form, then why download a large and complicated code to handle hundreds of fields.

Apart from this, React final form provides lean library management that occupies only 5.4kb. It offers hooks API to give you the flexibility to compose your form’s features. The best feature of React Final is, the form elements get notified whenever there is a change in the form’s state.

Every language has its rules and formations. Adapting those differences in different global projects is quite a tough task, and that’s why React Intl was built. React Intl Form operates with FormatJS as its core base. React Intl uses simple APIs and components to avail necessary data binding resources.

Furthermore, React-Intl supports data formatting of dates, strings, numbers, translation, and pluralization of over 100 languages. React Intl is suitable for a content management system as it can change and overwrite default messages.

In this blog, we have shown you the 10 prominent React Libraries of 2021 that are important in their own way. These libraries can help you to accomplish the primary level Javascript tasks.

However, odds can be still there when you won’t find a library dedicated only to your task. In such cases, it’s better to take the help of a community or hire professional Reactjs developers to get the benefits of ReactJS for your project.

We hope you liked this detailed list of the most popular React Libraries. If you found it valuable and want to know more about the React Js development, then you can reach us at any time. Thanks for reading this blog. 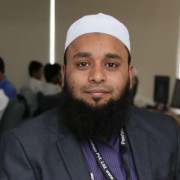 Shahid Mansuri Co-founder Peerbits, one of the leading offshore development team provider. With his guidance many companies hire offshore remote developers team from Peerbits for their complex and customized projects. His years of hardwork, dedication, and experience has helped him in developing profound expertise for a wide array of technologies, tools, and platforms. He believes in sharing his strong knowledge base with learned concentration on entrepreneurship and business.

5 Reasons Why You Should Hire A SEO Agency Near Me

7 Trends You May Have Missed About Web Development