Lego city takes you on the journey of dominancy and freedom of owning a town in your style. The customizable backgrounds and building a unique structure help you clean up your inner mess. Modern techniques help you light up your LEGO city and represent an original look of the town.

However, most lighting pieces of equipment are expensive, but you can also find How  Light Up Lego City on the Cheap way? So here are few ways that help you illuminate the city within the budget.

Ways to Light Up Lego City on the Cheap Way

Light up the LEGO City:

The mesmerizing looks of LEGO city with lights are a fantastic representation of LEGO bricks. The LEGO LED light effects add soul to the inert structure of LEGO city. Such as shadows in the backyard or highlighted features of Minifigures are not prominent in Lego without light.

New series of LEGO themes have built-in LEDs in the bricks and microprocessors to control the system. Besides a built-in LED light, you can also buy Lego light kits to serve the illuminating tasks. However, some cheap ways help you illuminate the LEGO city with variable colors and patterns.

The LED is a semiconductor that displays electroluminescence. When the current passes through the circuit, it emits lights. The negative and positive connections are anode and cathode, respectively. All you have to do is connect the anode to the positive terminal of the power source and the cathode to the negative. As soon as the current flows, the emission starts. So, these LEDs are readily available in the market at a cheap rate.

Fortunately, the things you need to light up LEGO city are cheap and readily available in the market.

Usually, the kits are readily available in the online market at reasonable rates. But it is a bit expensive than the LEGO LED DIY method. However, it is a much organized and hassle-free method to illuminate the LEGO City reasonably.

Although both solutions are inexpensive and breathe a new life to your LEGO city, LEGO light kit is the least damaging to your LEGO studs and pieces. Instead, the Lego LED DIY can damage your LEGO pieces. Moreover, creating a MOC with vacant spaces to install the big size LED is quite tricky on the contrary, the light kits have flexible features. 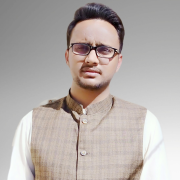 What I Learned About Internet Service Plans

Emoji Emoticons to Brighten up your Day

7 Cool 4×4 Speed Cubes That Every Cuber Should Know