Chiang Mai Province and its capital city – Chiang Mai is home to some of the most magnificent temples in Thailand dating back in time to the 13th century.
Back in those days, temples were often built of wood, which did not survive over the years. Therefore, the structures that are seen today, are usually only part of the original temples, the same part built of stone.
The remains of these temples often contain the remains of the Buddha or important kings of that time. Some have been restored over the years and even rebuilt

In the city of Chiang Mai alone, are more than 300 decorated, stylish and very special temples have been built, rich in beautiful murals depicting scenes from the life of the Buddha on their walls. In many of them you can also see huge snake statues, called “Nagas”, which are the ones that protect the temple. The oldest temples of Chiang Mai can be found today in the oldest part of the city, within its walls. Its oldest temple is Wat Chiang Man, located inside the walled old city. It was built after the city was founded in 1296. Just outside Chiang Mai, on Mount Doi Suthep is one of the most important temples in northern Thailand, named after the city. It was built in the 13th century and plays a very important role in the various Buddhist holidays.

Do’s and don’ts at temples of Chiang Mai

The list of recommended temples to visit in the city is endless. Some prefer to take a guided tour or even a few day package tours, in order to see as many as they can while visiting Northern Thailand. However, there are definitely some that stand out that are well worth noting.
Although it is a tourist attraction for everything, let us not forget that it is a sacred place for locals and also without a few visitors, who make a very long way to get to the same temple.

Therefore, before you set off, take out your phone to take pictures. it is important to know a few things:

First, you must respect the place, the tradition, and the rest of the visitors and locals. Dress modestly (this is not the time to wear flip-flops, wear a tank top or short dress), and keep in mind that there are temples with a particularly strict dress code (they cannot be reached with bare shoulders or knees – relevant for both men and women).

Wear shoes that are easy for you to take off since at the entrance to the temples you will have to take them off and leave them outside. Check what are the entry hours are and arrive according to the publications.

When you go inside, be careful not to turn your back on the Buddha (unacceptable or inappropriate) nor direct your feet directly to the various Buddha statues.

If you are wondering what is right and what is wrong, just watch the locals. Wait and watch their behavior before entering. Find out from them the rules of the place. You can go to some temples as part of guided tours, which will provide you with quite a bit of important information about each and every temple and help you better understand the local culture. If you do not find such a tour and you want to go to the place independently, read about the history and the temple itself before visiting it.

The recommended and important temples in the city

As mentioned, there are hundreds of temples in the city and its surroundings. Some are known to be very important to locals, and some tend to attract masses of visitors. For the visitor, it would be smart to know some of the local temples before arriving in Chang Mai. a
Here is a shortlist of some of the recommended places to visit in Chiang Mai that you must not miss

This temple, as mentioned, is among the most important temples in all of Thailand, and as such is at the top of the list. Getting to the top of the mountain can be done by a rented scooter or as part of a day trip. That of course includes direct access to the entrance.
To reach up to the top, there is a climb of 309 steps. From which you can see the spectacular views of the city. From the northwest and of the beauty that surrounds it. In 1981, along with the 161 square kilometers, which surround it and include charming forests, the temple became the number 24 national park of Thailand. The highest point in the park is at an altitude of 1,685 meters, making it the eighth highest peak in Thailand itself.

Thanks to the massive renovation of this temple in the 19th century, and the subsequent repair of some color defects. It is considered one of the most impressive temples in Chiang Mai, in terms of its visual and design aspect. Its main building is the highlight when visiting the place, thanks in part to its sloping roofs and spectacular façade. The place is open to visitors every day, from 06:00 in the morning until 17:00 in the afternoon

Compared to the other temples of Chiang Mai, it is actually among the least known and the one that receives fewer visitors, but it certainly warrants a visit and stop if only because of its appearance. It is located just outside the city walls and was built in the late 14th century by King Chiang Mai. Visitors can take part in the meditation classes, which are held on Tuesdays, Thursdays and Saturdays between 17:30 and 21:00

If you are short on time and want to take the opportunity to visit another special temple. This temple is one of the recommended in the city. It is located in the center of the old city, within walking distance of most hotels and its popular markets. The meaning of the word Luang in the local language is “very large”. And so indeed the main structure of the place is really huge in size. The highest point of the temple is at an altitude of 80 meters. Making it also the highest point in the ancient city of Chiang Mai. The temple itself dates back to 1385, but has since been renovated and altered. It used to be the home of the Emerald Buddha statue, which is now in the Grand Palace in Bangkok. The temple is open to visitors daily from 06:00 in the morning until 17:00.

This temple is famous, especially among the locals. Thanks to its huge Buddha statue, which is right at the entrance to it.
Although it’s among the least known in the city, the unusual location certainly justifies a stop like the other prominent temples of Chiang Mai. The Buddha statue, which rises to a height of almost 20 meters, is painted in gold and white and its complex dates back more than 1,000 years. It has pagodas, ancient remains, and also a beautiful tropical garden. It is open to visitors daily, from 6:00 a.m. to 6:00 p.m.

Wat Umong is over 700 years old, it is the oldest in the city. Its age can be guessed by its structure, although it has undergone quite a few renovations over the years. Its central stupa is slightly crumbling and worn. Around it, there is a manicured tropical garden and beautiful green lawns, which add color and interest. There is a fish and turtle pond, which can be fed. A charming and pleasant area to walk around in comfort. And of course, the ancient tunnels, which definitely worth stopping at while visiting the place. 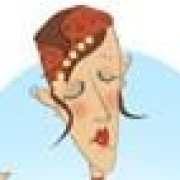 Why Investing In Software Testing Resources Is A Big No For Businesses?

How to Hire the Right SEO Agency

How to Run Effective Virtual Meetings in 2021