Today, a business without a web or mobile app is like a car without enough fuel. The business can be started but cannot travel much in terms of growth or sales margin. If you are a budding entrepreneur who is looking to build a good online brand presence, your initial task is to develop a mobile App.

However, developing a mobile App with the right technology, features and designs decide how much influence your business makes online.

Check out this blog to know the top seven cross-platform frameworks that made the App development effective as well as impressive.

Flutter is an extensive Software Development Kit (SDK) that aids developers to create high-performing apps for iOS, Android, and web platforms. Besides, it is Google’s open-source UI toolkit that has awesome widgets and tools.

Google launched Flutter in May 2017 and its latest version ‘Flutter 2.0’ was released in March 2021. This new version acts as a solid upgrade to the framework.

The attractive trait of this cross-platform framework is it utilizes a single codebase to develop cross-platform Apps. Moreover, it is developer-friendly and enjoys extensive documentation which is loved by developers worldwide.

Eric Seidel who is the Team Leader for the Flutter team at Google explained why Flutter speeds up the development.

If you haven’t tried Flutter, it’s worth a couple of hours on a weekend. Maybe you don’t have a use for it, but I believe that we have successfully pushed development forward. Cross-platform correctly gets a terrible rap. I think that we have tried to right many of those sins and make multi-platform development a lot better.

Eric Seidel, co-creator of Flutter and now the Team Leader for the Flutter team at Google.

Flutter – backed by the tech giant

Since Flutter enjoys the backing and support of Google, we can expect regular updates and the introduction of new innovative features.

It was first unveiled in 2015 with the then-new remarkable ability to render consistently at 120 frames per second. This grabbed every developer’s attention and its popularity spread like a forest fire.

The latest version ‘Flutter 2.2 was released on May 18, 2021, with awesome features that make the following tasks even smoother and fast.

Although it is relatively a new cross-platform framework to the market, it proved its capability and gained the developer’s trust.

These attributes of Flutter are what makes flutter stand out of the box and makes it special,

Trending mobile Apps that use Flutter

Flutter is a feature-rich as well as a strong Software development tool. It has been adopted by numerous market’s largest players to make their online presence even more attractive and scalable. Some of the popular mobile Apps include,

Furthermore, Google is working on a new operating system called Fuchsia (expected to replace Android) that uses Flutter as the Flutter primary platform. Every tech professional is eager to see what this new OS brings. I guess some amazing features are waiting to enter the market.

To summarize, Flutter is used by a great number of developers to develop modern mobile Apps due to its Flexible UIs, ability to preview changes, and much more useful features. For sure, this framework will hugely impact the cross-platform development sector in the coming years.

Therefore, if you’re interested in developing robust Flutter mobile Apps that work on iOS as well as Android, get in touch with Soft Suave. They have helped many startups, medium as well as large scale businesses to attain an excellent market position by boosting their brand online. 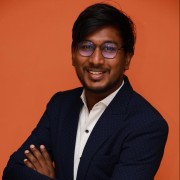 Skip Bin Hire Online: How To Get Quick Money For Old Cars In 2021

Effective Ways To Promote Your Business Online In 2021